Almost four months after the mysterious disappearance of local farmer, Fred Fisher, in 1826 a strange occurrence took place in a local hotel. On that memorable night, a wealthy and respectable farmer, John Farley, stumbled into a local hotel in a state of shock. John claimed he had seen the ghost of Fred Fisher sitting on the rail of a bridge over a creek. The ghost pointed to a paddock down the creek then faded away.

The body of Fred Fisher was later discovered in the paddock where the ghost had pointed. His brother buried him locally in St Peter´s Graveyard, however no headstone was erected.

For more information about Fisher's Ghost go to this link:

On Saturday, 12th December 2009 the team embarked on this investigation with some interesting results.

At 9.40pm I entered the northern end of the tunnel which is situated in the area of the bridge featured in the legend is believe to have been, now long gone, in its place a long tunnel which has been installed so the creek does not cause erosion of the banks. As will be seen from the photographs the tunnel is very long. I was accompanied by team member Dean. We proceeded cautiously ever mindful of cobwebs and huge spiders which we frequently came across. We continuously took photographs and activated a voice recorder. Meanwhile other team members led by Jason had taken the above ground route so as to enter the tunnel from the southern end. Dean and I stopped at a junction which divided the tunnel into the main and a secondary, we lingered here turning off our torches and listened. Sounds which were indistinct seemed to come from further down the tunnel,  we both felt a chill come upon us and at one time I distinctly noticed a smell very similar to sulphur, mindful of any poisonous gases we decided to move on toward the southern end which at this point was virtually just a small point of light ahead of us. About this time my torch picked up an enormous spider, probably about the size of my hand, we moved on. Arriving at the end we were joined by Jason and his group. After further investigation of this end of the tunnel we decided to all proceed back into the tunnel.

Once again the spiders were inspected. Back at the junction we turned off the torches and scanned the tunnel in the dark for any movement. After a short time I noticed movement at the southern end of the tunnel, to me it seemed like a light coloured object that had a flowing sort of movement, some of the others noticed a dark shadow on the other side of the entrance.  Jessica who is more sensitive  was certain she could see a figure moving toward us up the tunnel and at one stage standing next to Dean who once again felt a coolness in the air. Margaret also felt something brush across her hair. Later during our observation I could see a face at the tunnel entrance. We investigated the tunnel area for about two hours. The whole investigation was recorded and will now need intense study for any evidence that might be forthcoming and a proper conclusion to be reached.

We then moved onto St. Peters Church to investigate the graves and hopefully to identify where Fisher is buried. Unfortunately we were unable to establish his resting place. We finished the investigation about 12.30am.

We have at this time briefly studied some of the photographs and have included a few for interest. 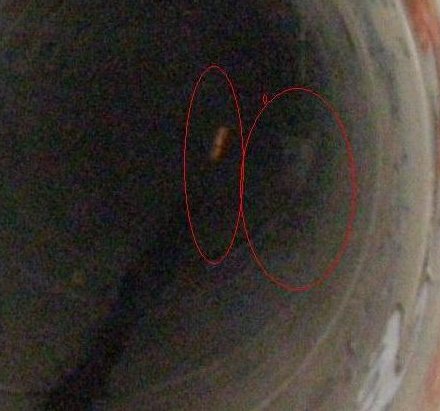 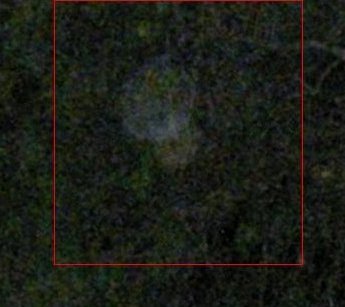 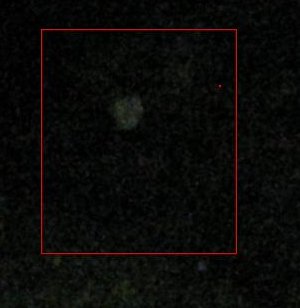 Here you see a face behind the grave stone 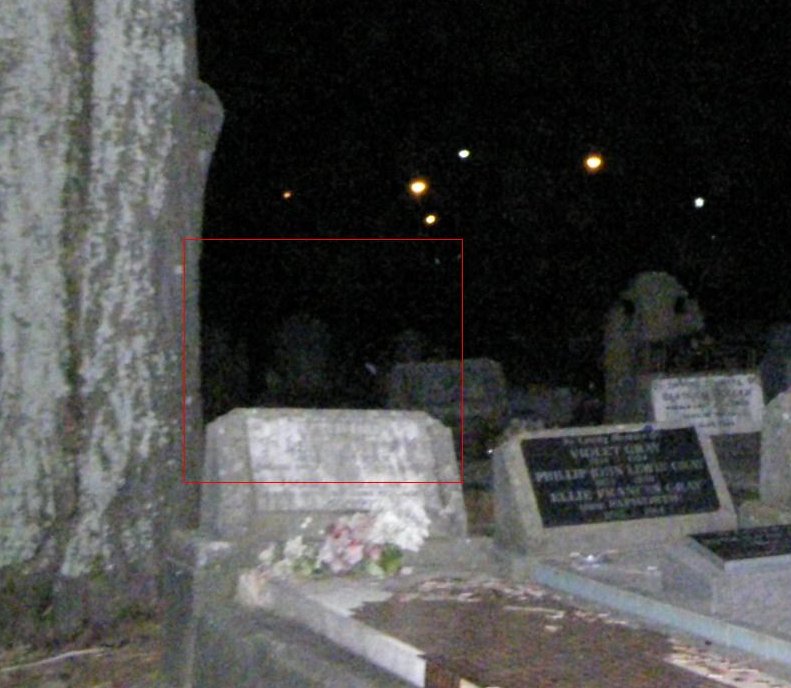 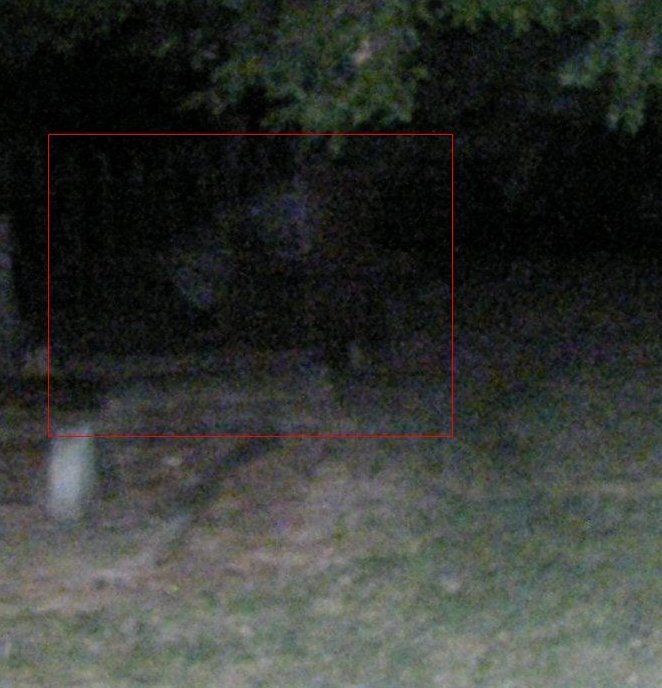 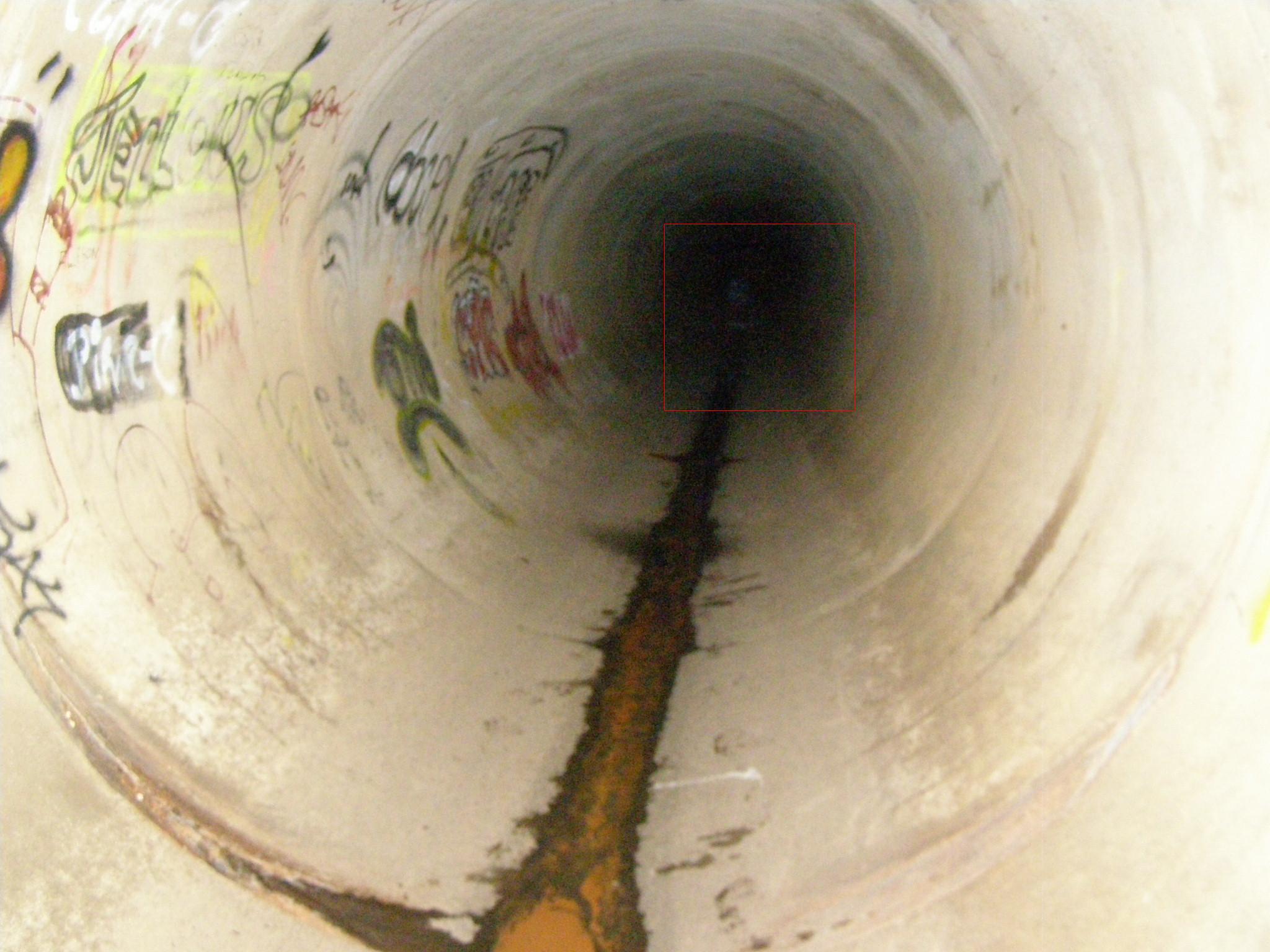 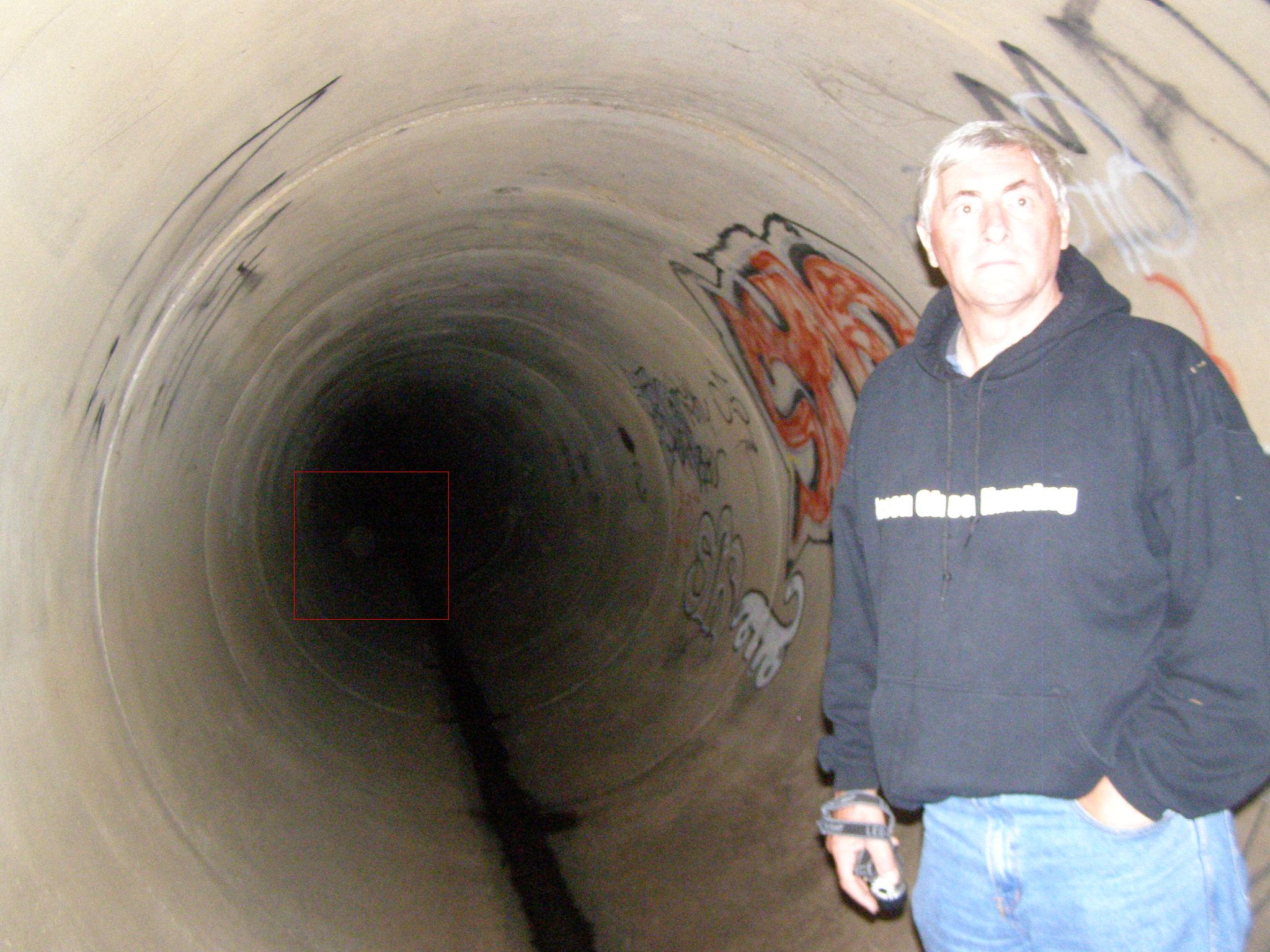 This is an example of the wildlife to be found down in the tunnel, now imagine that as big as your hand 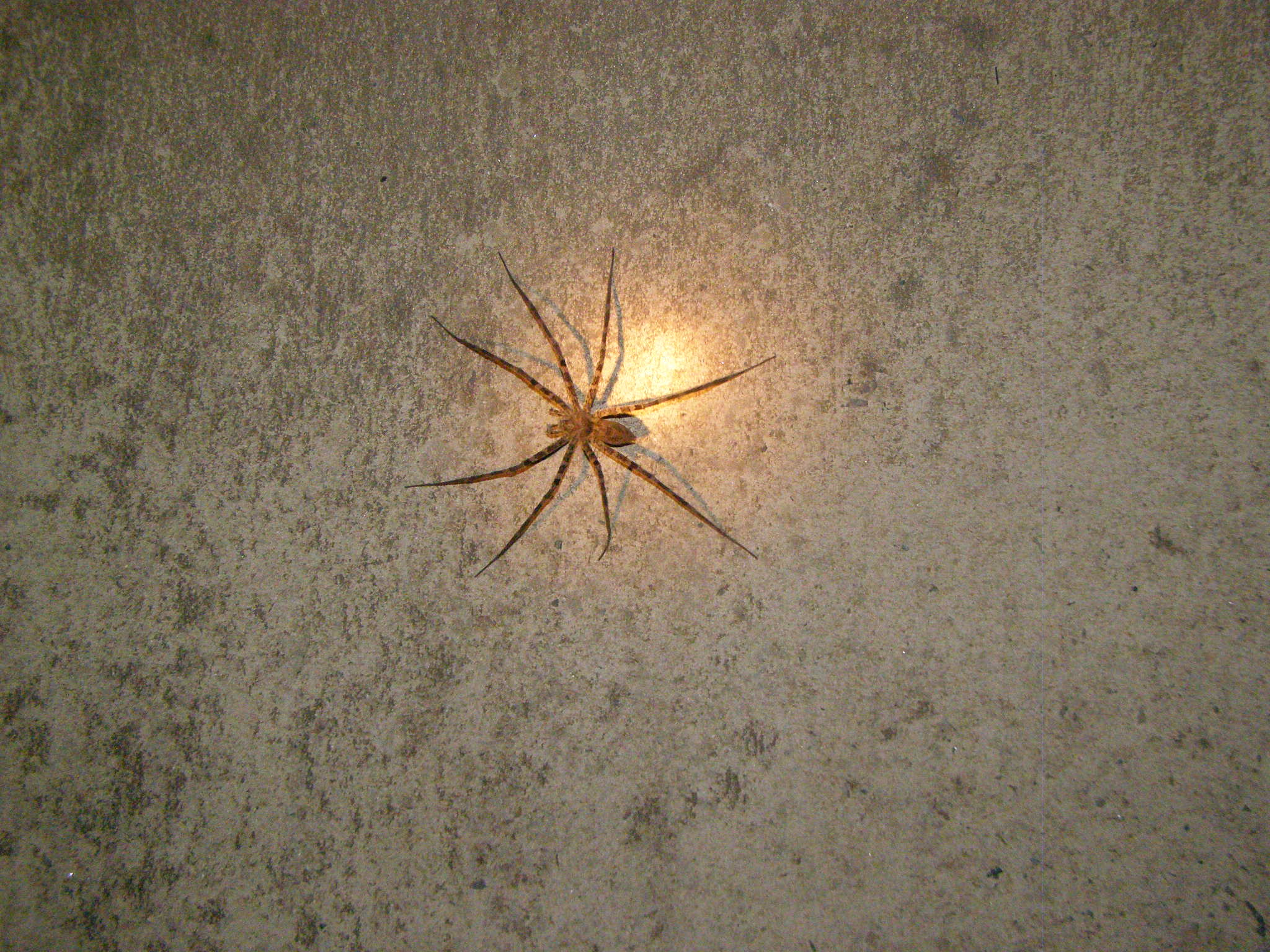 This photo was taken at the southern end of the tunnel 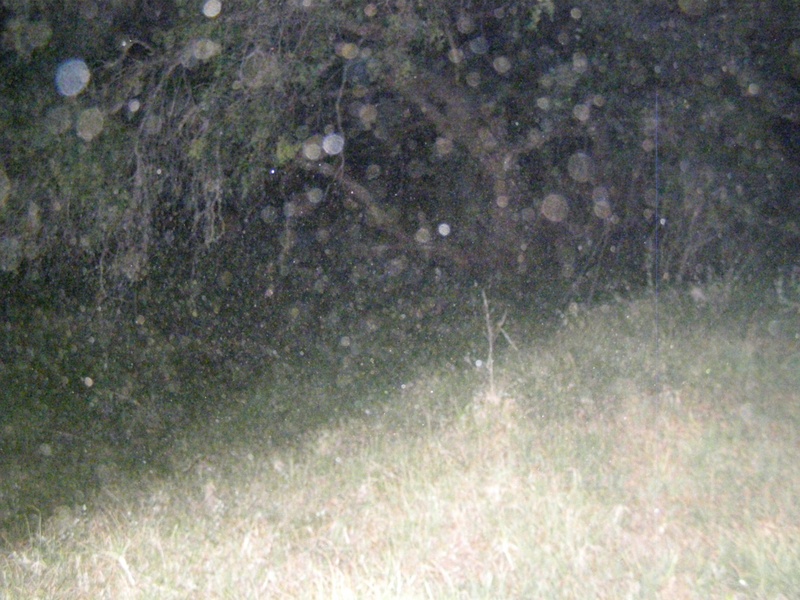