On Saturday, 2nd May, 2009 the team journeyed to Jenolan Caves in the New South Wales Blue Mountains. Our purpose was to investigate the Mystery, Legends and Ghost tour which was conducted at 8pm. We met the rest of the group and our tour guide Moorsey at 8pm, and were  issued  with the regulation lanterns, this trip was going to be cave light free. Entering the caves through a man made 30 meter tunnel Moorsey told us the history of this tunnel, apparently prior to the tunnel being blasted through in the 19th century one of the original caretakers expressed his total opposition to such a venture and defiantly declared, "This tunnel will only be built over my dead body!" Shortly thereafter he died and true to his word the tunnel was blasted through causing extensive damage to the cave. It is said that the caretaker now roams this area muttering and generally scaring people who use this means of entry. Also interestingly an early cave explorer is said to have entered the cave through this location and has never been seen again ..... alive or dead!

Anyway we progressed into the cave with lanterns in hand. About halfway through the tour and while stopped in an area known as the mud caves I ventured into a more isolated area and could feel that the ambient temperature dropped quite substantially, no evidence of a breeze entrance was found. A companion took several photographs of this area and surprisingly a white orb was discovered in the right hand corner of one of the pictures, a close inspection revealed that the orb seemed to be moving as there was a short tail which was much fainter than the more solid shape of the orb itself.

Progressing on we came to an underground river and traversed along a path beside it. At the far end of this cavern there were steps leading up and then around a bend followed by six or eight more steps, at the end of these steps Moorsey stopped us and commenced to tell us a story about a particular iron gate which was situated at the location. The leader of our team Jason at this time moved to the front of the group and was inspecting the gate while I remained at the rear, tail end charlie. Moorsey was relating his story while I was casually inspecting the cave wall when a sound eminated from my rear in the vicinity of the area we had just come from, it sounded like a scrapping noise perhaps like something brushing the cave wall or perhaps it could have been a footfall. Whatever it was I turned to the rear and shone my lantern in that direction, it was pitch black back there with no trace of a light, there seemed to be nothing. Thinking that perhaps one of our group had lagged behind I turned off my lantern hoping to see some sort of reflection of another lantern, to no avail, there was nothing! This certainly alerted my senses and the hairs on the back of my neck prickled. About this time Jason came rushing toward me, I turned to him and asked. "Did you hear that?" "I certainly did," he replied. Another lady in the group also exclaimed that she had heard the noise. Jason and Moorsey who had some trepidation proceeded back down in the cave to investigate. I noted that several flashes eminated from that location, I surmised that Jason was taking photographs, I hoped of something, but at time of writing this commentary nothing conclusive has been discovered.

We later discussed this event and came up with several explanations, a bat, a falling rock were suggested even that we might have had an uninvited guest tagging along but for me this must remain unexplained and needs some further investigation.

Once again many photographs taken on tour here are some of them.

This is one of the buildings that visitors can  stay in if you are game that is as its hounded by three ghosts.

Not sure what this is tell me what you think. 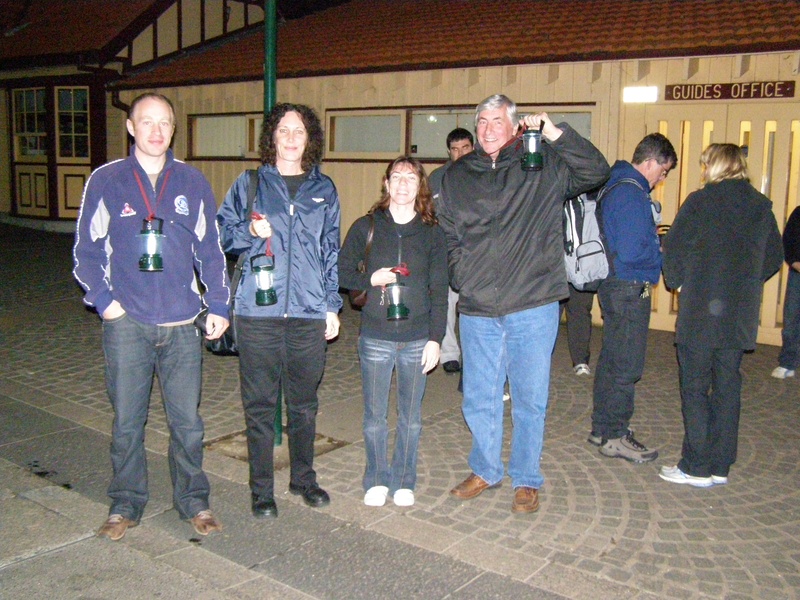 Here are Steve (a visitor from the UK), Lisa, Margaret and Dave about to embark on the tour. Pictured with lanterns. 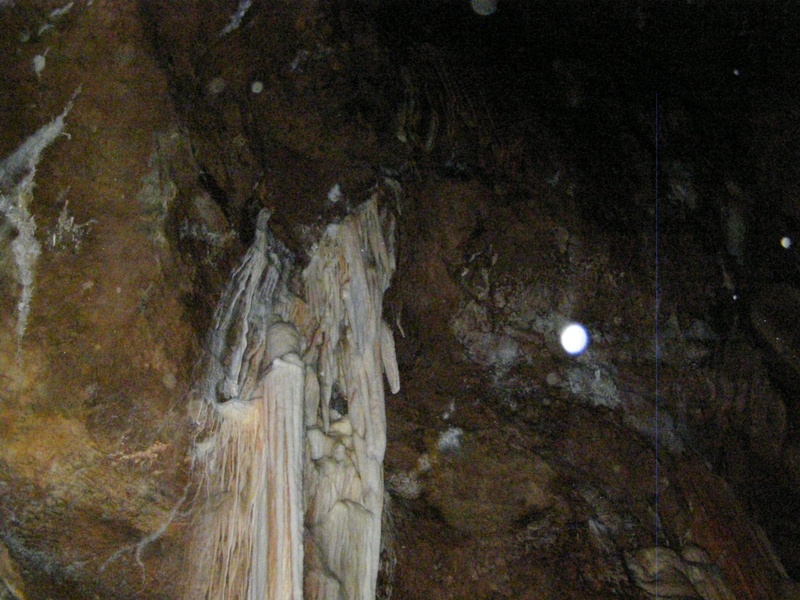 Inside a cave some nice bright orbs. 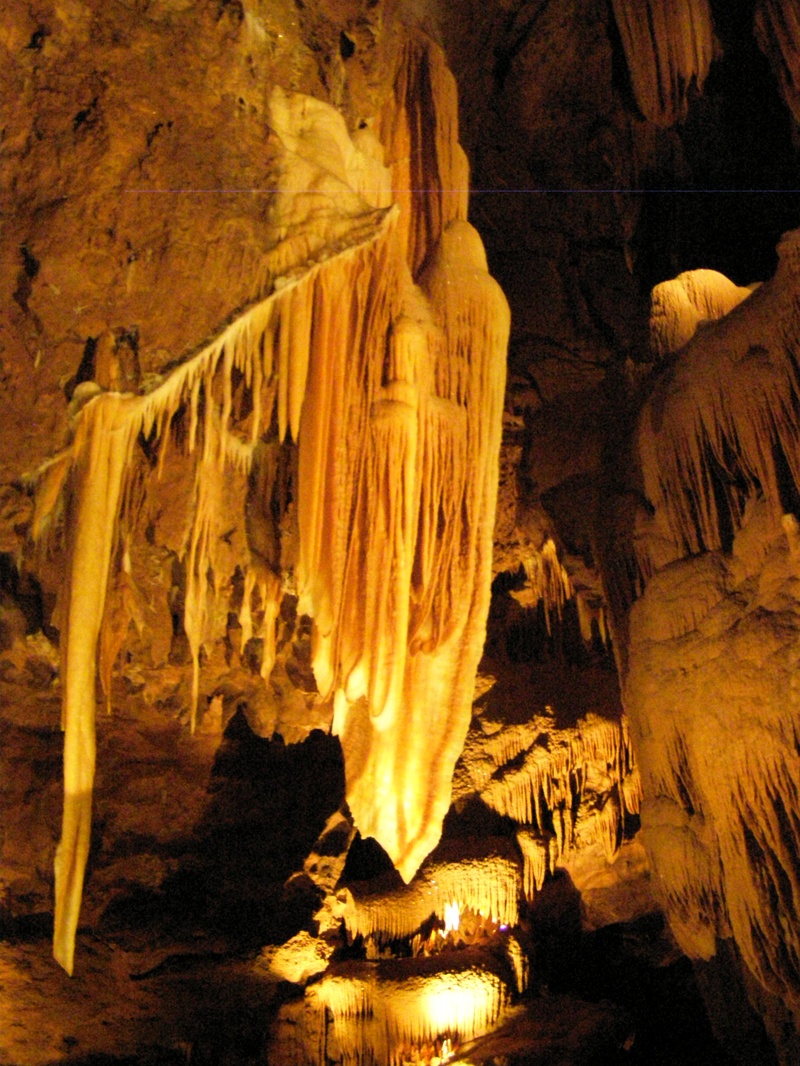 Inside a cave, spectacular. 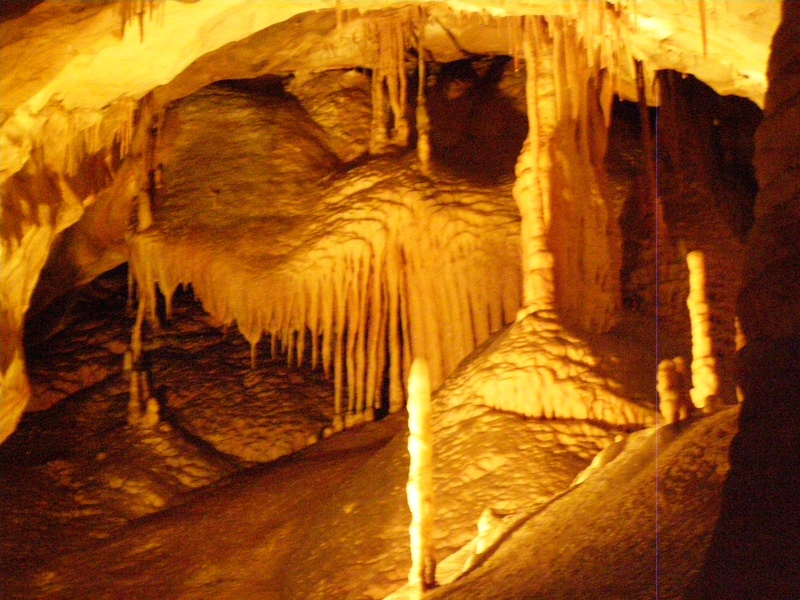 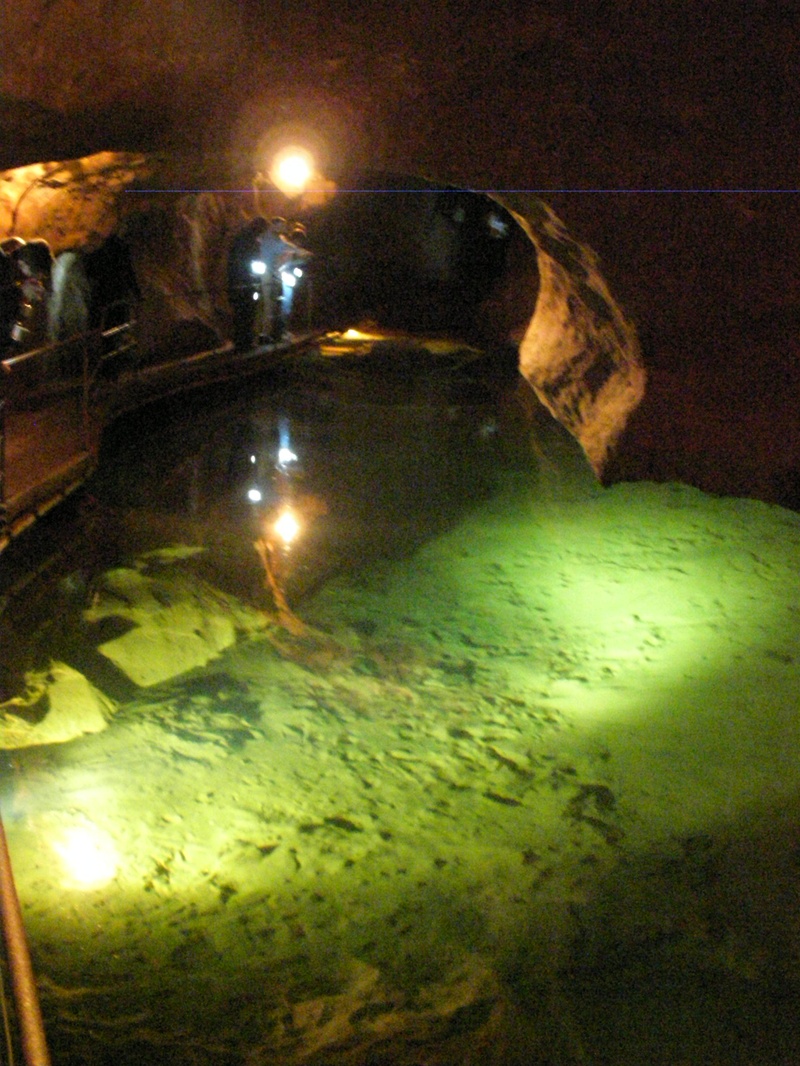 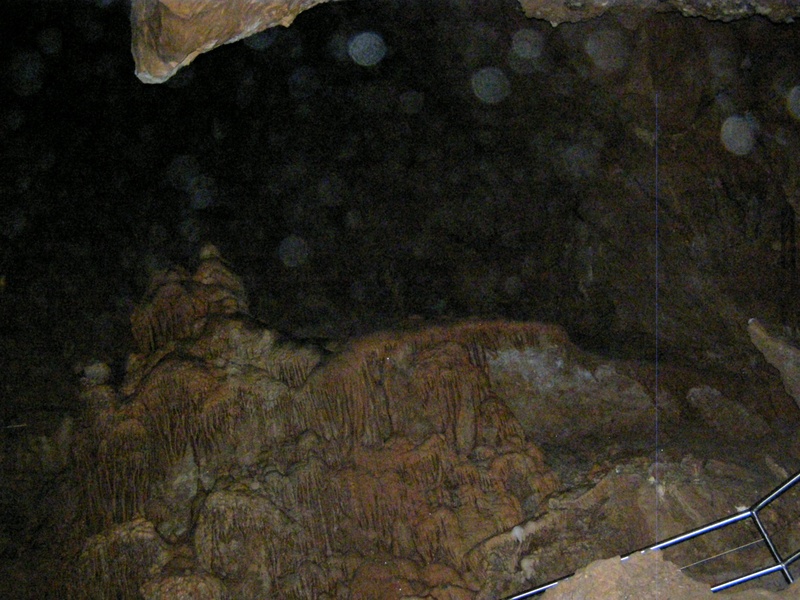 We'd like to go back to Jenolan Caves again soon as we can. Anyone that would like to go there should make the time.